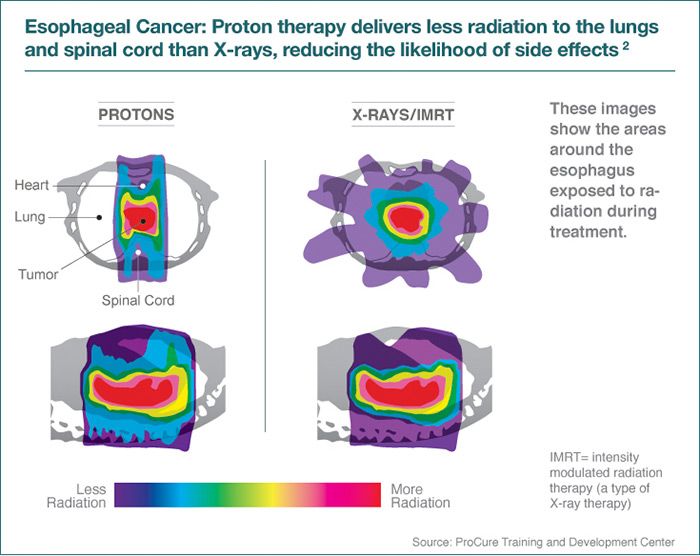 The fundamental difference in a proton beam is that since it is a charged particle that has mass, it can stop very precisely! This allows a radiation oncologist to very precisely target a tumor while greatly limiting – or eliminating! – the radiation exposure to the healthy normal tissues. In return, the risk of side effects from the radiation treatment from protons can be less than that from x-ray based radiation therapy.